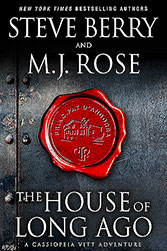 The House of Long Ago

The time has come for Cassiopeia Vitt to sell her ancestral home. It sits on a Spanish bluff by the Mediterranean Sea, and bears the name Casa de Hace Mucho Tiempo, House of Long Ago. Trapped inside its walls are memories from a time when Cassiopeia was growing from a rebellious adolescent into a thoughtful young woman — regretful times when she often found herself estranged from her parents. Also inside are fifteen paintings, each one a masterpiece, together representing an investment in the tens of millions of euros — her father's private art collection — which she intends to donate to museums. But when an art expert declares all fifteen paintings fake, and suggests that her father may have been involved with something illegal, she embarks on a quest to find answers.

From a secret repository in Andorra, to a mysterious yacht in the Mediterranean, then finally onto the streets of Paris and a horrific reminder from World War II, Cassiopeia must battle every step of the way to stay alive — a fight that will finally bring her face to face with the truth about the House of Long Ago. 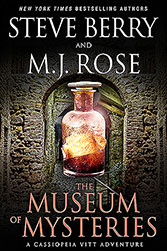 The Museum of Mysteries

In the French mountain village of Eze, Cassiopeia visits an old friend who owns and operates the fabled Museum of Mysteries, a secretive place of the odd and arcane. When a robbery occurs at the museum, Cassiopeia gives chase to the thief and is plunged into a firestorm.

Through a mix of modern day intrigue and ancient alchemy, Cassiopeia is propelled back and forth through time, the inexplicable journeys leading her into a hotly contested French presidential election. Both candidates harbor secrets they would prefer to keep quiet, but an ancient potion could make that impossible. With intrigue that begins in southern France and ends in a chase across the streets of Paris, this magical, fast-paced, hold-your-breath thriller is all you've come to expect from M.J. Rose and Steve Berry. 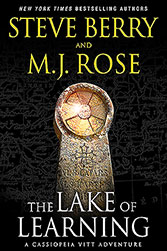 The Lake of Learning

For over a decade Cassiopeia Vitt has been building an authentic French castle, using only materials and techniques from the 13th century. But when a treasure is unearthed at the construction site — an ancient Book of Hours — a multitude of questions are raised, all pointing to an ancient and forgotten religious sect.

Once the Cathars existed all across southern France, challenging Rome and attracting the faithful by the tens of thousands. Eventually, in 1208, the Pope declared them heretics and ordered a crusade — the first where Christians killed Christians — and thousands were slaughtered, the Cathars all but exterminated. Now a piece of that past has re-emerged, one that holds the key to the hiding place of the most precious object the Cathars possessed. And when more than one person becomes interested in that secret, in particular a thief and a billionaire, the race is on.

From the medieval walled city of Carcassonne, to the crest of mysterious Montségur, to a forgotten cavern beneath the Pyrenees, Cassiopeia is drawn deeper and deeper into a civil war between two people obsessed with revenge and murder.